realestatebydesigngroup.com – Helping You Get More For Your Real Estate 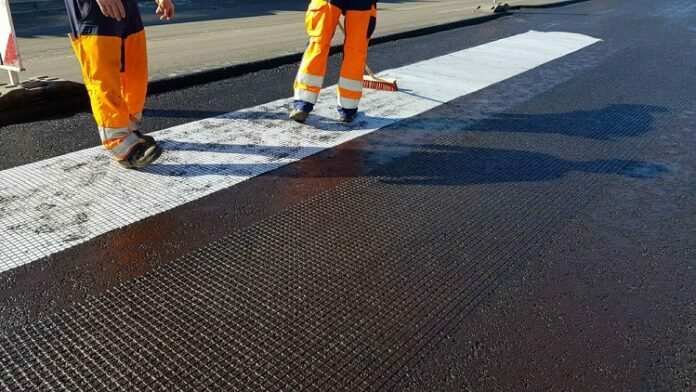 Reinforcement of roads using fabrics began in 1926; it was an attempt by the South Carolina Highway Department. They first placed a heavy cotton fabric on the primed earth surface base, followed by the application of hot asphalt on the fabric, and then put a thin layer of sand on the asphalt. They later published the result of this work in 1935, describing eight distinct field experiments. Until when the fabrics deteriorated, their results revealed that roads were in better condition and that the fabrics minimized raveling, cracking, and localized road failures. This project foresaw the reinforcements and separation functions of geo-synthetics as known today.

Geosynthetics perform five main functions: reinforcement, separation, drainage, filtration, and moisture barrier. There are several types of geosynthetics, some of which are; geogrids, geomembranes geonets, geocomposites, geotextiles, and others.

Geogrids are two or three-dimensional grid screens with a particular height, made of fiber, polyvinyl chloride, polypropylene, and macromolecular polymers by thermoplastic, molded, or woven. There are several geogrids, such as steel plastic geogrid, multiaxial geogrid, pp mining geogrid, fiberglass geogrid, and many more. Some of the geogrid features include

Geonets are geosynthetic materials comprising integrally combined parallel sets over similar sets at different angles for in-plane drainage of gases or liquids. Geonets are normally laminated with geotextiles on both sides and then referred to as drainage geo-composites.

Geocells; consist of a strong three-dimensional structure enclosing a network of connected cells that confine the compact soil. The confinements prevent soil erosion and promote the structural performance of soil or aggregate infill, promoting alternatives to reinforce concrete or amour. The cellular confinement systems collapse; lightweights are handled safely and easily on-site.

In summary, every geo-synthetic has a feature that makes it unique and able to fit its purpose. Choosing the right geo-synthetic should be done by the right professional depending on the requirements and type of construction.

What are the Precautions to Take Before Pest Control?

All You Need To Know About Tile Roofing

Do You Plan to Move House Soon

Solving Problems In The Construction Industry Through Digital Transformation

5 Types Geosynthetics You Need to Know

What are the Precautions to Take Before Pest Control?

Benefits of moving your business abroad

Renting vs Buying a house Which is it?

Why Hire a Locksmith

Professional Tilers Are Ready to Assist You

Locksmiths – Why Are They So Important

Properties for Sale in moraira

6 Tips to Sell Your House Faster

The Many Benefits Of Modern Scaffolding

Find out some pros and cons of having a open house